This year’s Eid-el-Kabir 2019 was celebrated on Sunday 11th of August, but what is Eid-el-Kabir without Sallah meat ? Just like every other Big Sallah, last Sunday did not pass without Nigerians sharing their thoughts on social media. So sit back, relax and enjoy the laughter as you read through what Nigerians were saying about their experiences this Eid-el-Kabir. 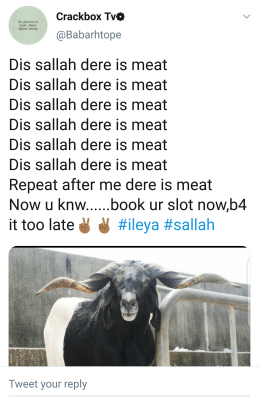 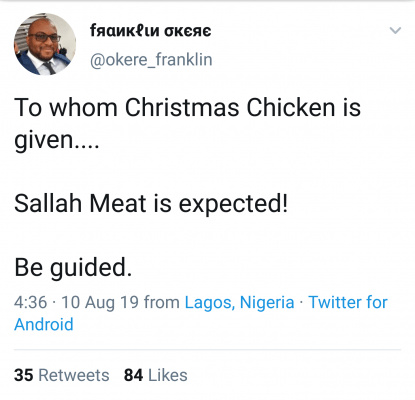 Trust Non-Muslims to bring back the statements about Eid-el-Fitr not being the Meat-sharing Eid. There were various reminders from them informing Muslims how they have waited patiently from this moment. 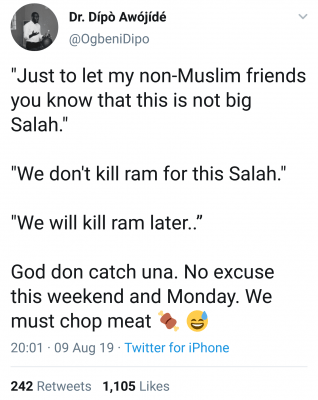 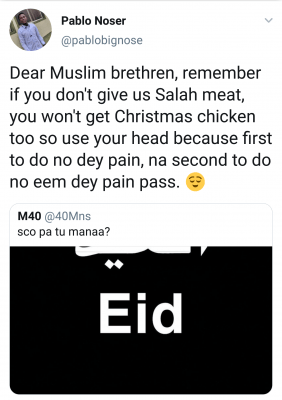 There also came those who told Muslims not to expect Chicken at Christmas time. 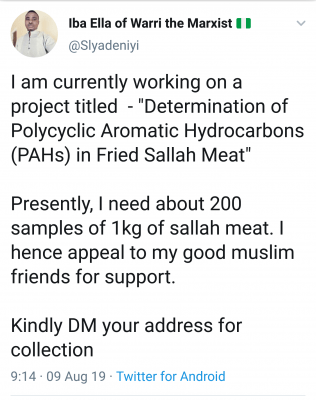 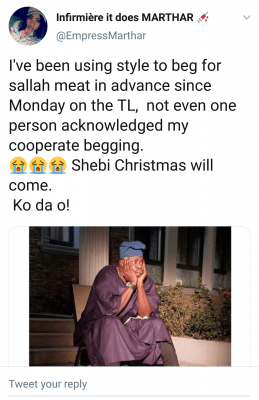 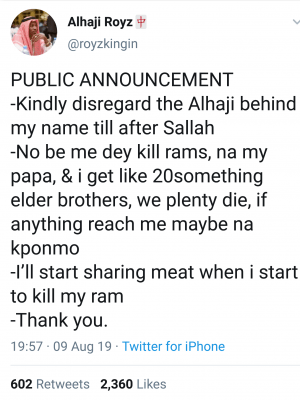 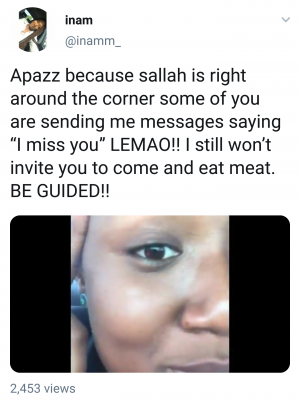 For Muslims who did not want to disappoint, there were some issuing warnings about how their Sallah Meat will not be sufficient for them. There were those telling Non-Muslims how they had abandoned them until Sallah. And how their Sallah Ram ran away or went missing. 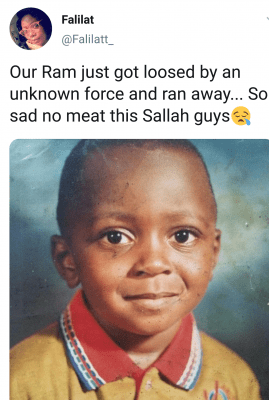 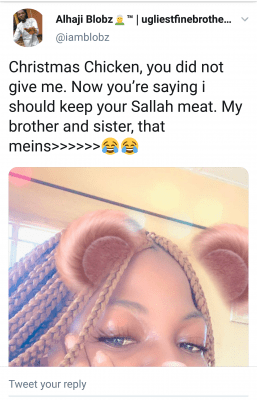 As expected, there were Non-Muslims who went Meat hunting. 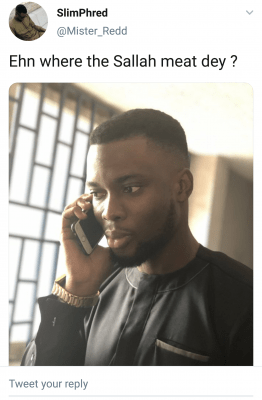 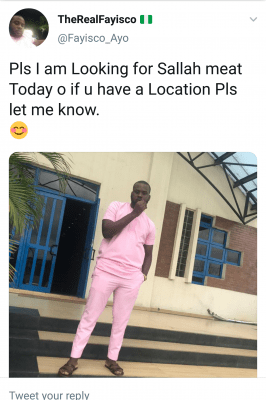 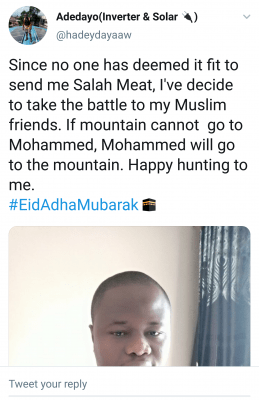 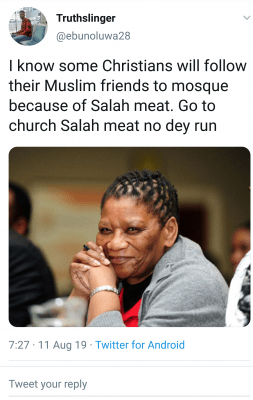 Just like Amaka, some Muslims disappointed their Non-Muslim friends. 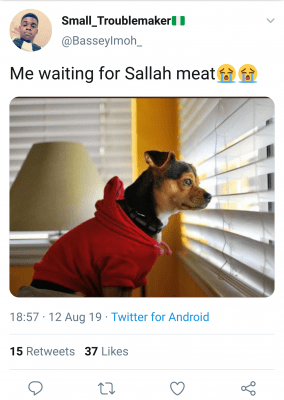 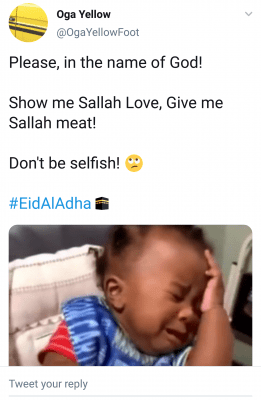 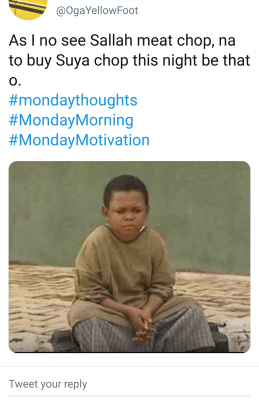 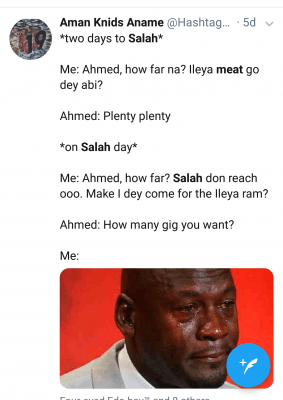 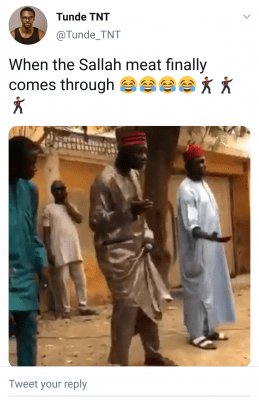 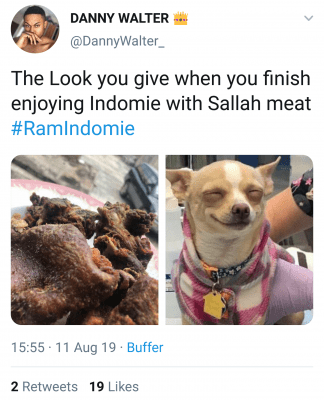 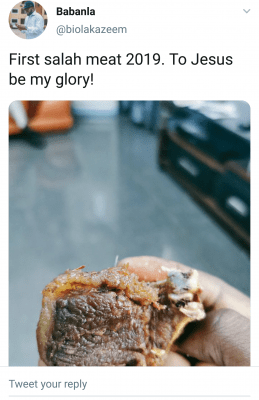 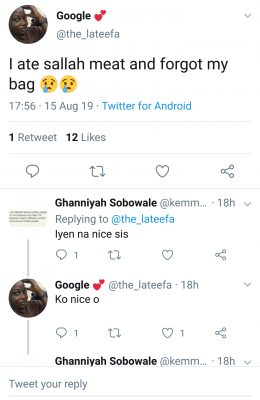 Despite Sallah Meat not going round in some places, some certainly had it in excess. 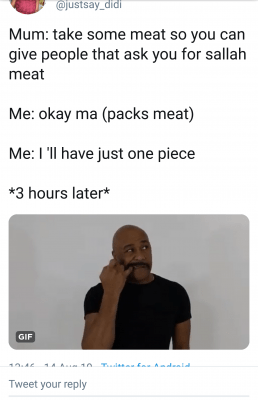 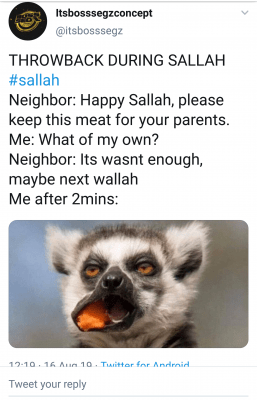 No meat ever beats that of Eid-El-Kabir, it just has a way to it. Could be its taste or the frenzy? 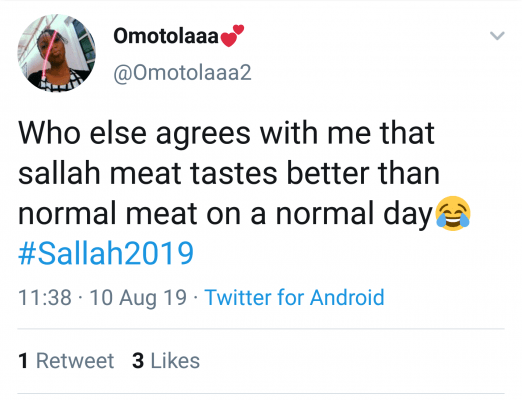 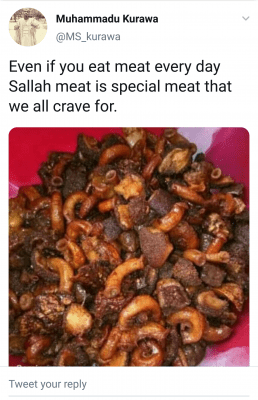 Hope you had a great time reading through the tweets. Do leave us a message about your Sallah meat experience. Did you have meat in excess, did not have any at all or your Adha/Sallah Ram ran away?