“Everything is Halaal until there is a ruling stating it as Haraam”. In modern times, people often hold the notion that modesty or dressing in certain ways in Islam pertains only to Muslim Women. You get to find Nigerian and Non-Nigerian Scholars preaching dress etiquettes, do’s and don’ts for Women while leaving out the Men. Here’s a list of 5 Fashion Do’s and Don’ts for every Modern Muslim Nigerian Man who wants to stay Fashion conscious while sticking by the Sunnah. However, some certain tips are general to both men and women while most are very specific to Men. 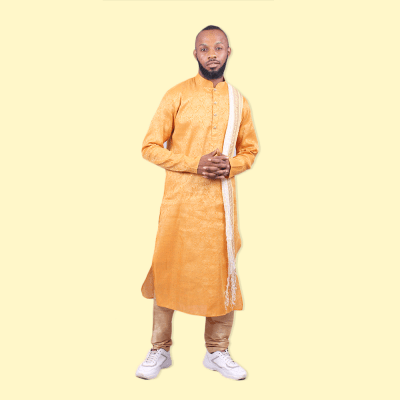 1.Thank Allaah for your new outfit and make supplications:It was narrated that Abu Sa’eed said: When the Prophet (SAW) put on a new garment, he would call it by its name, whether it be a Turban or a cloak, then he would say: “Allaahumma laka al-hamd anta kasawtanihi as’aluka khayrahu wa khayri ma suni’a lah wa a’oodhu bika min sharrihi wa sharri ma suni’a lah (O Allaah, to You be all praise. You have clothed me with it. I ask You for the good of it and the good for which it was made, and I seek refuge with You from the evil of it and the evil for which it was made).”

2.Start out wearing every clothe on your right, taking it off on your left and say Bismillah: The Prophet (SAW) said: “When you get dressed and when you do wudoo’, start on the right.” Narrated by Abu Dawood.

3.Wear White Clothes: The Prophet (SAW) said; “Wear white clothes, for they are the best of your clothes, and shroud your dead in them.” Reported by Ibn Abbass

4.Maintain a neat appearance without exaggerating your looks and being arrogant about it: The Prophet (SAW) said: “No one will enter Paradise in whose heart is a mustard-seed of arrogance.” A man said: “What if a man likes his clothes to look nice and his shoes to look nice?” He said: “Allaah is Beautiful and loves beauty; arrogance means rejecting the truth and looking down on people.” Reported by ‘Abd-Allaah ibn Mas’ood (R.A), (Narrated by Muslim, 91).

5.Ensure your outfits cover from your Navel to your Knees: Narrated by ‘Ali (R.A): The Prophet (SAW) said: “Do not show your thigh, and do not look at the thigh of anyone, living or dead.”(Abu Dawood (3140) and Ibn Maajah:1460) The majority of fuqaha’ are of the view that these Hadith should be followed and stated that a man’s ‘awrah is from the navel to the knee. 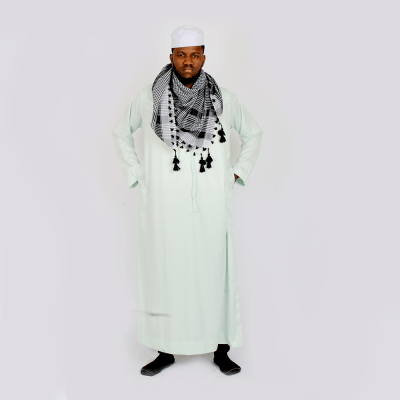 1.It is Haraam for Muslim Men to wear Silk or Gold outfits: The Prophet (SAW) said “These two [gold and silk] are forbidden for the males of my ummah and permissible for the females.” Narrated by Ibn Maajah. “Silk is only worn in this world by the one who will have no share of the pleasure of the Hereafter.” Narrated by Anas (R.A). “Whoever wears silk in this world will not wear it in the Hereafter.” (Reported by Al-Bukhaari, 5832).

2.Do not Imitate the Kuffar(Non-Muslims) in your manner of Dressing or wear any cloth that is in any way similar to theirs: It was narrated that ‘Abd-Allaah ibn ‘Amr ibn al-‘Aas said: The Prophet (SAW) saw ‘Ali wearing two garments dyed with safflower and said: “These are garments of the kuffaar; do not wear them.” 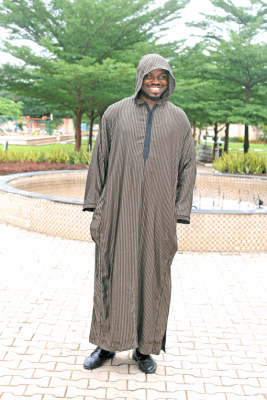 3.Do not Imitate the Women in your Dressing: The Prophet (SAW) cursed the men who imitate women and the women who imitate men.” Narrated by al-Bukhari.

4.Do not let your cloth or garments draw below your ankles. The act of letting your dress draw beneath your ankles is called “isbaal”. The last point of every apparel for a Muslim Man is the ankles. The Prophet (SAW) said; “Whatever of the lower garment is beneath the ankles is in the Fire.” Narrated by Abu Hurayrah (RA). Abu Dharr also narrated that the Prophet (SAW) said; “There are three to whom Allaah will not speak on the Day of Resurrection and will not look at them or praise them, and theirs will be a painful torment.”. He repeated it three times. Abu Dharr said: “May they be doomed and lost; who are they, O Messenger of Allaah?” He said: “The one who lets his garment hang beneath his ankles, the one who reminds others of favors he has done, and the one who sells his product by means of false oaths.” 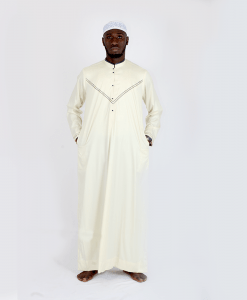 5.Do not wear thin, see through clothes or the skin of a dead animal unless it has been tanned: It is not permissible for Muslim Men to wear thin or see through clothes as they can be revealing and not cover the awrah adequately. The Skin of a Dead animal that has died of natural causes has to be tanned before it can be worn. 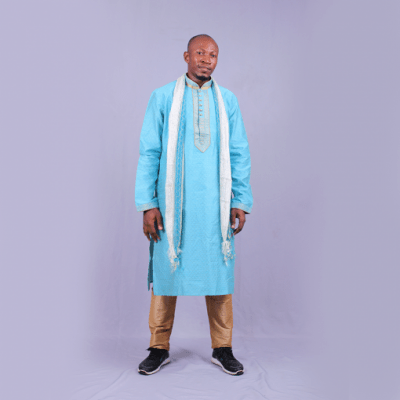 Thank you for taking your time to read through. These tips have been written to help the Nigerian Muslim Man to stay upright and Fashionable. I seek Allah’s refuge for any error that I might have made and seek his Blessings for the people the post has become beneficial to.